Kinesiological teip is an elastic band made from natural cotton, one side of it is covered with a layer of hypoallergenic glue. By its elasticity the teip looks like human skin. The method of kinesiotherapy consists in applying (pasting) teips on muscular lines to reduce pain and inflammation to relax the strained and tired muscles, and to support muscles and ligaments. When applied, the teip lifts the skin above the muscles and ligaments, as if pulling it over. As a result the space inside the injured tissues increases, thereby facilitating the outflow of lymph in the bruised area which helps to reduce pain. Simultaneously the muscles and joints are supported without restricting the movements of a person. In the pasted state, the teip takes on a significant portion of the load causing the muscles to move physiologically correctly.

Thus the kinesiological teip is a unique instrument of physiotherapy.

1. Anesthetic action
The disappearance of pain under the influence of a colored sticker is more like a miracle, but from the point of view of physiology everything is understandable. Lifting the skin in the place of application the teip restores microcirculation. The swollen tissues are straightened and the mediators of inflammation taking direct part in the creation of pain along with the current of the lymph are removed from the area of damage. As a result The irritation of the pain receptors and soreness decreases. In fact there is a process of intensive healing which leads to disappearance of pain.

2. Improvement of microcirculation
One of the first effects that occur with any damage is a violation of microcirculation. The current of blood and lymph is difficult, and the decay products remain in the damaged area of the body, exacerbating the situation. After the application the skin under the teip shortens, as a result, the intercellular space expands, which leads to the restoration of blood flow and lymph flow. Tape as if “massages” the skin and surrounding tissues contributing to the rapid healing of a trauma.

3. The formation of the right muscle movement
Ideally the joint or muscle must move physiologically correctly. But trauma or too intense training leads to a violation of this stereotype. As a result a vicious circle turns out the already injured muscle (or joint), continuing its wrong movement becomes even more damaged. By gluing on the vector of the correct movement, you can break this circle. In fact teip becomes a prosthesis which “gently” supporting muscles and joints, directs their movement.

4. Unloading or bringing the muscle into tone
With injuries, muscle fatigue, diseases and inflammations, a wave of normal muscle activity is coming to naught. Malfunctions in one place affect the entire body: for example a study showed that people with an ankle dislocation significantly reduced the activity of the hip muscles. Kinesiotheip helps to bring back to life the sleeping muscles and calm the overloaded muscles. Tape helps the body coordinate movement as if the muscles are healthy allowing quality treatment.

Duration of the procedure is 5 minutes.

The course of treatment is 1-3 procedures.

This technique is currently used in traumatology and orthopedics, (in the acute, subacute and chronic period of trauma), in sports medicine, as well as in the rehabilitation process necessary for any disease of the musculoskeletal system.

In addition, this technique is used in children’s practice (cerebral palsy, etc.) and in neurology.

In the clinic of vertebroneurology and kinesitherapy, our specialists use several methods at once, including kinesiotherapy and integrating procedures into rehabilitation programs. Each of them is designed to restore the body’s functions after a certain trauma or surgery. 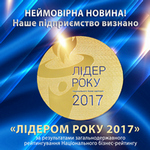